on June 17, 2011
My old friends here might have noticed, that a brand which recurrently comes back on my blog is no other than Lakme. yes, let me disclose I do have a fascination for Lakme. Like most Indians, lipsticks and compacts from Lakme had been a staple for my mum and Lakme is inevitably related with the word 'trust' for me as I have grown up seeing this brand. Even today, if i even want to but the international brands, my dad would evidently ask 'Is it as good as Lakme?' and no amount or argument would sufficiently convince him so.  Apart from the fact that it had been a standard and trust worthy brand, a few years back, I was randomly searching the net when I came across an article from wikipedia and as an Indian it made me proud that however some people may diss Lakme, I find more reason to use Lakme cosmetics. The reason? let me tell you how the brand was started 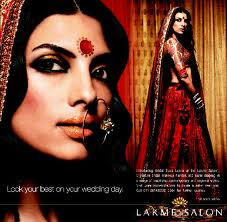 You know there was a time around 1940s when make up meant lipstick ( mostly red and maroons and brown in India), and compacts. Using make up was also a show of class. don't smile, to powder your nose publicly was supposed to be coquettish and classy. it meant you had money and style. The cosmetics market was catching up fast in India. Pundit Jawaharlal Nehru, the then Prime Minister of India was worried that Indian women were spending so much money on foreign brands and so much of exchange was flowing ouy of the country. he expressed his concern to no other than GRD Tata. Talented businessman and of course the notable Indian came up with a line of cosmetics called 'Lakme".

Lakme is the French pronunciation of the goddess Lakshmi  who apart from being a goddess of wealth is also the epitome of beauty. Thus started the brand and it has come this far being one of the best seller in the Indian market.
However you may say Lakme is cheap ( I don't feel so), or the quality is poor ( I disagree even on this point)  lakme remains a sentiment to me like Khadi. I feel every Indian woman with an unending love for make up like me should rather try to support this brand as its our own 'desi' brand.

Well , well, I'm not trying to advertise on lakme's behalf, but I'm trying to share my sentiment with you. What do you think about this post? 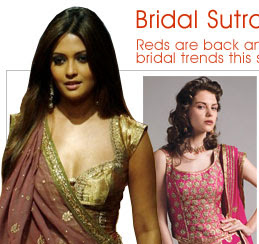 What do you feel about Lakme? Do you share the same sentiment with me? did you grow up watching your mum and everyone using Lakme? I would love to hear from you.
Lakme