I won an Inglot goodie!!

on March 09, 2012
I know many of you may be thinking if I have abandoned this space. No, that's not right. He is in town and we are meeting after 4 months again! So, I am spending all my time with him. We are kind of making the best of our time right now. Next week onwards, I would be posting faster than you can blink!
In the mean time, let me show you something you can ogle at 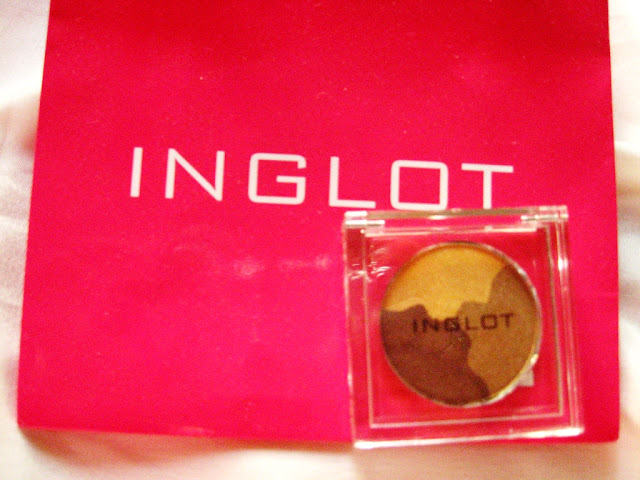 Yes! I won an Inglot eye shadow trio!!! When the campaign was gping on, I just filled up a form and then forgot all about it. Then I suddenly received an email stating I have won a sample!!
I am trying this out and I am just damn happy about it!

Looks like Inglot is in my luck! Previously I had won Inglot stuff from Puja at Indian Beauty Central's giveaway. Now a campaign and J  he gifted me a coulpe of Inglot lippies which includes the hottest Inglot shade called #103!! Posts coming up soon.
So stay tuned!
Giveaway