on August 12, 2012
In case you are wondering, no this is not a regular post related to makeup. This is about the chit chat part of makeup and chit chat. You can dub this as one of my cynical posts. But there's something I could not get out of my mind and so, finally decided to come off with it.
A few days back, a pizza company mailed me some coupons ( which don't work in case you are wondering). The slogan was something like : Be independent this Independence Day with .... pizza!

I felt a punch in my face. Rather it came as a shock. 65 years ago,  India had gone though a lot. In those decades, people died, people suffered. remember the freedom fighters brothers who spent 29 years in prison? Do you think of those who sacrificed their their lives for Independence? Alright, let's not talk about the freedom fighters alone. What about the lives of regular common mass? The Independence also brought partitions. The unstable situation changed lives of people in more ways than we think about. People lost home, India saw communal riots the violence ... let's not visualize. It gives me nightmares already even though I have not ( luckily) witnessed. To many families, it dealt a deadly blow from which, even after 65 years, they have not been able to stand up again. 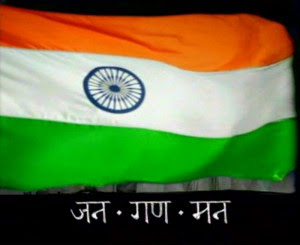 I admit, I am leaving out the politicians who are perhaps the main culprits for the situation we live in. But what about us? Women's independence has always been a farce. Our 'tradition' which worships women as deities, never flinches from comitting the most horrendous crimes . Does it give shivers down your spine?   We are doing Independence Day manicures, Independence day eye makeups ( no offense ladies, I am not really poking fun or insinuating anything), but how do we really show respect to those selfless people we call 'freedom fighters' and put up a big show only once a year ?

How are we supposed to react to those who dare to commercialize our precious Independence? Things get on my nerves when I come cross 'Independence Day sale'.. or is it really something selleable now? How can those companies ask us to celebrate the day with their commerce? Did people die so that we could sit in an independent India, live in a bovine happiness and eat pizza?

I know I might sound hyper, I might be over reacting, but every day, when I open the newspaper, everything of the content starting from the news to the adverts, kind of give me a nausea. And this particular incident-- I could not help reacting to.