On May 11th, the lady turned into a kid because it was a #PlayDate with Dove!

What happened inside J.W. Mariott? The Play Date with Dove

The worst part of growing up is that, you don’t get to play around anymore. But, I think Dove has that superpower to listen to a woman’s soul and so they did arrange for a grand Play Date with them inviting many bloggers and others at J.W. Mariott in Mumbai. Yes, I was also amongst the lucky ones.

Sometime ago, I received in my inbox, an invite to join an event — Play Date with Dove. I thought it was just another PR invite and at first, thought not to bother to reply. Then, having known Reshma well, as a courtesy, I informed since I am based in Kolkata, I cannot go.

THEN CAME THE SHOCK!!! I was being informed that Dove would arrange everything including flight, accommodation, commutation! I thought ‘ Are you kidding me?’
At first, I wasn’t sure if I could go because my M.Phil exams are very close and I was supposed to speak in a seminar. However, I could not let the opportunity go.
Dove had taken care of everything. But since, I had my arrangements, I stayed on my own. On 11th May, I was so excited! In fact, I was so excited that I could not sleep the night before! ( Come dark circles, I am armed with makeup!)

On reaching JW Mariott, I was greeted by the very friendly PR person Reshma, who I prefer calling a
friend. I registered myself and got a badge with my name on it! I felt like a kid finding my own badge in the cluster! See the badges, 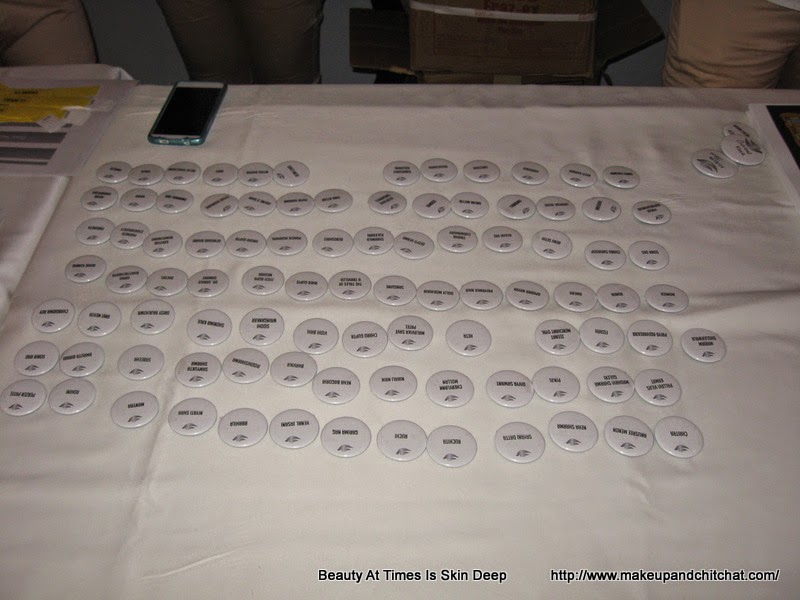 There was a selfie booth and a photo booth and I had my moment of stardom there.

There were lots of yummy deserts to which I gravitated involuntarily! Beat me!

Then, I learnt, there were to be several games since it’s a play date and I was on team 9. There was Stuti from Globe Trotter, Dolon from Pout Pretty (she is a sweetheart), Ekta, Aminah, Fatimah, Magali from Blue Skies, Calm Seas and Me and her mum, and two other girls and of course myself!

After a briefing session, we were still kind of frozen… you know… anticipating what’s to come up and still trying to be comfortable with everyone.

Then came up a Zumba!!

My God! I rarely dance since I am horrible at it. But in the Zumba round we all went crazy! The funny moves and later, Gangnam Style was way too funny! Imagine, lots of beautiful ladies in dresses  carrying themselves regally and then breaking into shimmy shaking and crazy dance moves!

The zumba warmed up every one and we all introduced ourselves to the team members, complemented, invented a new handshake, in short, went mad.

The first competition for our team was a puzzle. We were given a part of a picture and were to fit the puzzles in place on the wall. Ladies just went berserk! A lot of running around, screaming and shouting and laughter!

Next was the hoola hoop round or the Hips Don’t Lie. My niece has a hoola hoop, but instead of trying it out, we mostly use it for weird games. Now I wish I practiced more. While the competition was on, I happened to, of course accidentally, swing it quite for some time and there was another fine lady who also did the same time ( in her case, not by accident). So, we had a tie.

Now, accidents rarely happen twice. No wonder, I lost and the confident lady won. I am sorry. It was hard to remember so many names. :D
I think I better go over to my niece’s and practice on the hoola hoop. It would help me shed those extra kilos I have gained recently as well as might increase my chance of winning.  Nice idea huh?

I guess, this post is getting too long. So, stay tuned for the next post. There are lots of things you would enjoy reading about. So, watch out