My skin and exercise and diet | Why I had to stop

My experience with exercise and acne

I have always read that acne situation is often alleviated with exercise and diet and so on. Like most of women, I have never paid too much of attention to that. well, that's too much of work.

Last year or so, I have been working out pretty consistently. ( No,  my weight didn't change because of my new-found love for cooking) But I could tell the difference. In fact, I enjoy being active. For at least 7-8 months I had exercised consistently like 40-50 minutes of cardio along with light free-hand exercises. Changed our diet too to more of home-cooked meals, almost stopped eating junk food ( we don't make resolutions of entirely cutting out on something) and made sure to eat at least 2 servings of fruits daily.

Result of the changes:
In the beginning, I started breaking out a little more. Eventually, thanks to the mud based face packs
too, my skin started clearing up. Finally, it reached the level where no one could tell that my skin was acne-prone. Yes, it became acne-free and glowing.

BUT, then came other problems related and unrelated to exercise.

Here in Manila, we noticed, there are lots of viral fevers which make rounds. Initially, I used to think that I was the only one, but eventually realized everyone complained of the same issues like upset stomach, frequent fevers. Often there would be mild temperature, or just fatigue.

My own tendency to inflammation added to that. After completing household chores and so on, working out with weakness was not a good idea. I kept waking up with swollen eyes and joint-pains. Realized while under the weather, it's better to rest than push harder. I know it's common knowledge but I lacked in that department which worsened the situation. Finally, more than one doctor advised that I should refrain if I am feeling fatigued.

Besides, while my back and leg pain were gone, my chronic shoulder pain worsened to the extent that I could barely sleep in the night. Eventually, I had to stop.

After I stopped exercising

the rest seemed to help with the inflammation, but my skin went crazy! My cystic acne was back. In order to get it right, I was trying out too many products and I guess over-cleaning and over-scrubbing and in 2-3 months my skin plummeted into a real ugly turn.

I kept pondering and then started a new very simplified routine and after about 2-3 months, things are finally turning around.

My shoulder pain finally got diagnosed ( after 3 years of investigation and treatment) and I am slowly resuming exercise again. 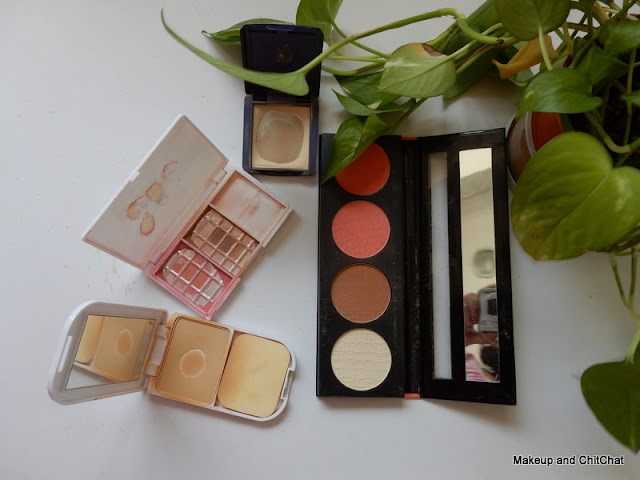 Quarantine Beauty Tales Vol 2: How I am Finally Depleting my Stock;Eyeing, No Buying Resolution BUT...

I had been on beauty journey for sometime now. Been trying to declutter and deplete my stock over a long-long time. Yet, somehow, makeup and mostly skincare these days seem to make way in the stash. Earlier I had talked about how I started making note of my daily grooming and skincare habits and how that has affected my patterns. Now, I feel, I am finally on the verge of making a slight difference. Yes, I did use up all that! Hope to hit pan on the blushes some day too T he challenge? Earlier, in the Philippines I did not find the drugstore products of my liking. So, I